What is Network Cloud?

“Network cloud” has become a buzz phrase lately. This is happening as operators and cloud providers realize that the way their networks were built in the last 20 years can no longer support their current (let alone, future) business challenges. A paradigm shift is needed, and this shift is towards building a network like a cloud – the network cloud.

In the past, similar challenges in datacenters were addressed by hyperscalers, who advanced the cloud model with a pool of shared resources over virtual machines on a disaggregated architecture, across low-cost COTS servers.  They disaggregated the software from the hardware, and introduced a virtualization layer that allows multiple applications to share the hardware resources and consume them only when needed.

But what does “network cloud” mean exactly? How can we build networks like a cloud?

Asking around will yield multiple answers and definitions, and it’s time to define this term in an accurate manner.

The short definition of Network Cloud:

The longer definition of Network Cloud:

Today’s networks are based on proprietary hardware-centric router infrastructure, with dedicated resources that cannot be shared as a pool of network resources, resulting in an inefficient and costly physical infrastructure.

A “network cloud,” on the other hand, brings specific features and values to benefit the whole system as a whole.  A successful “network cloud” is:

When you look at the abovementioned merits of the network cloud, it is easy to see its “reflection” in the features and benefits of the DriveNets Network Cloud. 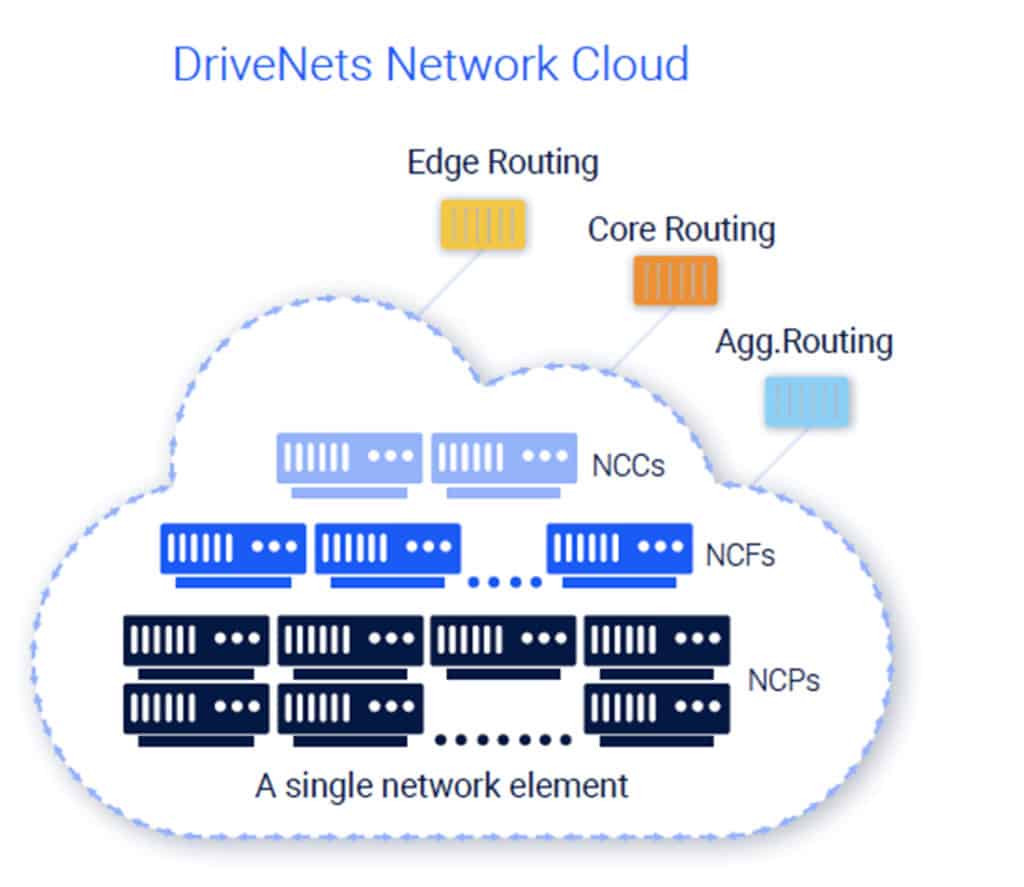 DriveNets Network Cloud solution supports a variety of network-function sizes with the same white box building blocks and can scale from a single-box-based router to the largest router size available in the market, with the same software.  This architecture offers the most efficient way to build networks, while significantly reducing the amount of hardware resources required in the network, leading to lower costs, optimal scaling and ease of innovation.

Last, to ensure open architecture, DriveNets Network Cloud is ready to run on any network, cloud-certified hardware platform, and is the first to support AT&T’s Distributed Disaggregated Chassis (DDC) architecture, as submitted to the Open Compute Project (OCP).

At the end of the day, DriveNets Network Cloud is the one platform that makes software-based networks possible and real.