Skillset Evolution: Are you ready?

When it comes to operating a telco network, it is clear that a big change is imminent.
Operators are realizing that the way they have built their networking infrastructure for the last 20 years is not scalable, innovative, or cost-efficient enough to accommodate current business needs and it is time to take a cloud-native, disaggregated approach, in order to pursue hyperscale economics.

This move, though, does not come without challenges. One of the main ones is the change in the skillset required in their organizations, across all departments, from planning, through deployment, and up to maintenance.

The current skillsets in a telco organization may be viewed as vertical. Today’s networking infrastructure is built in monolithic, separated silos, e.g., a network element that does core routing (hardware, operating system, and application), alongside another, separate element that performs a security function (say, a firewall). Remember, though – all the hardware, operating system, and application – are from the same vendor.

For each silo, a specific expertise needs to be developed within the organization. For core routing, you need planners (and installers, operators, etc.) that know core routing at all levels. They know what the hardware looks like (which chassis, cards are available, what are the power requirements, and so on), they know what operating system is now the optimal one (and what bugs it brings with it), and are extremely familiar with the application-level feature set of such a solution.

The same goes for other types of networking functions. Each function (or group of functions) requires its own expertise.

The outcome is a vertical skillset across the organization.

When it comes to a cloud-native networking infrastructure, the map changes significantly.
One of the great benefits of a disaggregated, distributed architecture is that a single set of hardware building blocks is used for all network functions. 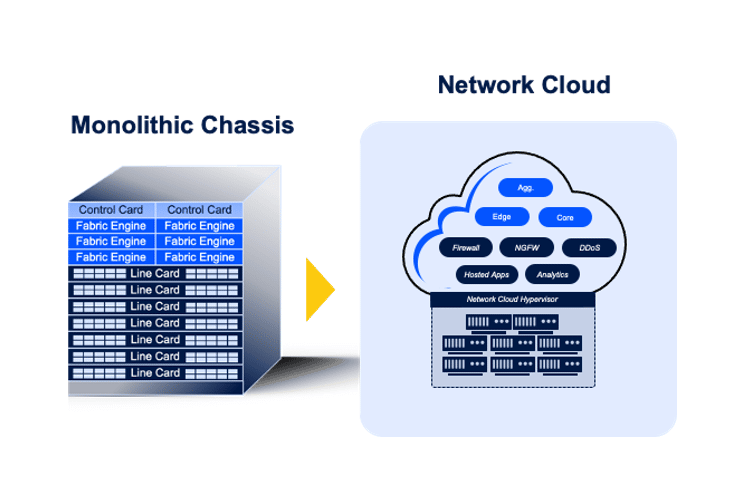 There is no need for multiple boxes and multiple operating systems in your network, and as such you do not need a specific, separate expert for each network-function hardware and operating system.

This leads to a new map of skillsets, one that is aligned with the network-cloud architecture: 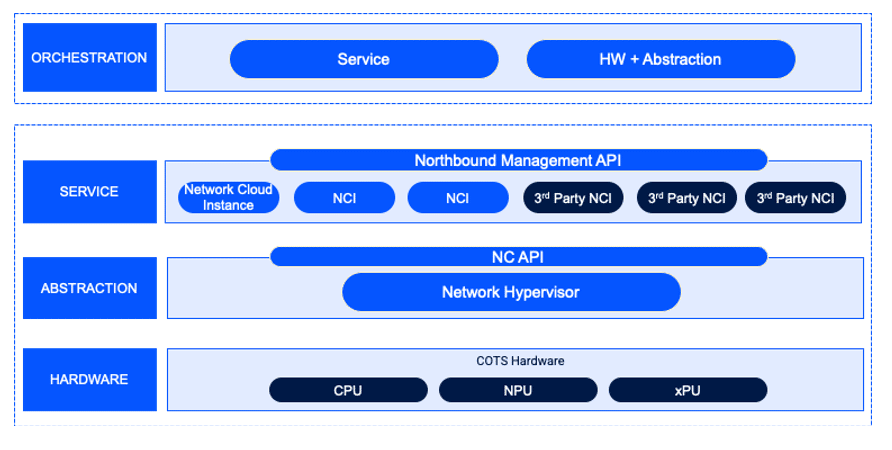 The new skillset map is horizontal: there is one group that handles the hardware part, for all network functions. It deals with the white boxes that will address all kinds of applications. This group will typically also handle the abstraction layer – the network-wide hypervisor that will reflect the different hardware resources towards the different applications.

Applications will become the ground for a different skillset – the need to choose, customize and, in some cases, develop network-based applications becomes the pillar to the service group, which is completely software-based.

The last group deals with the orchestration layer, which becomes more important than ever in a cloud-native environment.

So…Are You Ready for the Networking Skillset Revolution?

The change is happening, there is no question, operators are gearing up for such a change. Hiring software engineers is, some would say, the easy part of the equation. The existing knowledge based in the networking field should be maintained, but also advanced towards the new architecture. This should be done, gradually, by updating the existing skillset base with the new terms, architecture, technology, and solutions of a cloud-native network infrastructure (i.e., network cloud).

This is a long-term, gradual process, just as the network transformation process. To achieve this new organizational skillset on time, you should start this journey sooner, rather than later.