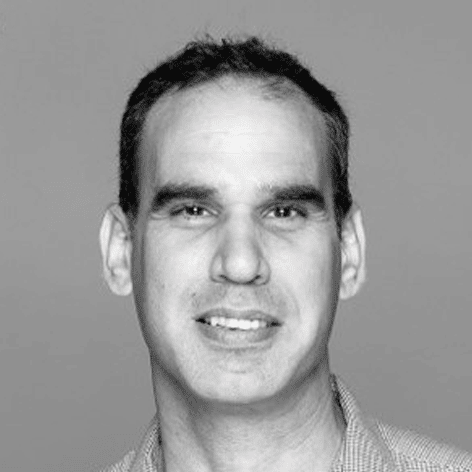 Up & Beyond: The Evolution of Network Operating Systems

Cloud-based platform enables flexible scalability and shared, high-resource utilization, while increasing productivity and collaboration. As such, operating systems in general, both for PC (e.g., Windows 11) and for Networks (i.e., NOS), are evolving to leverage cloud advantages.

Yes, yes, I know… Sounds complicated. About six months ago, when I joined DriveNets, it took me some time to understand what “shared infrastructure over a distributed architecture” means – what does it entail? What are its benefits? And how it can (significantly!) help our networks evolve?
It might be easier to explain by quickly reviewing the evolution of Network Operating Systems (NOS), or even start with the basic definition of a Network Operating System. 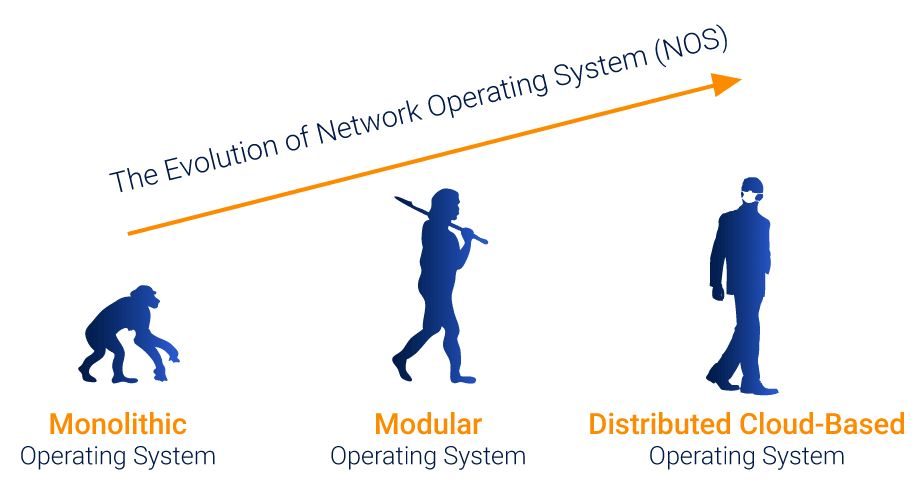 Network OS is a system software that manages the network hardware resources and provides services to the application software. There are many types of operating systems, with different functionalities and features. They all support the industry standards with specific features for establishing VPNs and security processes. However, they go beyond standards with each vendor’s proprietary techniques necessary for their own routing equipment. The Evolution of Network Operating Systems

Over the years, there has been an evolution in the software architecture of network OS. The first stage was the traditional Monolithic OS (e.g., Cisco IOS), which runs as a single operation, while all processes share the same memory space. If there are a few bugs in the monolithic software architecture, it can have an impact on or corrupt other processes. Any change/new features to the operating system means that the OS has to be disabled, restored, and loaded back again with the new feature.

The next stage in evolution was the Modular OS, which runs protected, segregated and exclusive memory space for each process. These processes run as modules on top of the kernel. For example, Juniper’s JUNOS is based on FreeBSD, and Cisco’s IOS-XR is based on Unix QNX. A modular OS supports in-service software upgrade, meaning new features and bug fixes can be implemented without disabling the entire OS. In addition, functional failures tend to be more limited in terms of impact vs. the traditional monolithic OS. The modular and segregated architecture enables an improved overall network availability.

The Power of the Cloud: Taking OS to the Next Level

And recently, a new stage in OS evolution has emerged. It embraces and utilizes the power of the cloud to create a unified, shared network routing infrastructure that is managed as a single entity: a Distributed cloud-based OS, with distributed networking software, built from containerized microservices, over virtualized, disaggregated networking and compute resources from white boxes.

That’s where DriveNets’ DNOS comes in.

It is clear that legacy NOS designs do not fit the evolution of networks as a shared infrastructure. Therefore, the design needs to be built using the attributes and qualities that are more similar to the way webscalers built cloud infrastructure, rather than how traditional routing or switching OSs (e.g., IOS, Junos, etc.) built them.

DriveNets DNOS supports multiple service offerings at scale, including both third-party and self-built routing and other network functions. By combining cloud and virtualization technologies, DNOS enables the running of any service on the unified shared infrastructure, and dynamically attaching any service to any port.

In DriveNets we say: “Behind every successful CLOUD there is a NETWORK”. Though compute and storage are the building blocks of any cloud, these are eventually worthless elements without the third, essential piece of networking. A proven, distributed cloud-based NOS is the ultimate enabler to build future networks that operate like hyperscaler clouds.