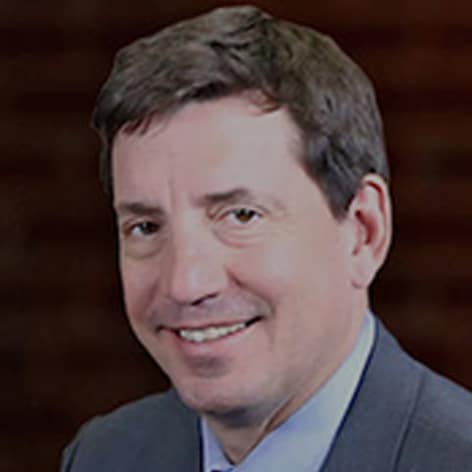 The idea of open networking and disaggregation has been the goal of buyers of networking hardware and software for a long time. Even though the technology has been available from innovators such as DriveNets for many years, it’s taken years to build confidence in the market. That confidence is now finally here.

At the recent Mobile World Congress (MWC) show in Barcelona, discussions about open disaggregated systems and cloud-native technologies dominated the conference. It clear that the telecommunications industry has moved beyond the era of proprietary, vertically integrated systems. Some of the common themes and topics included Open Radio Access Network (RAN), cloud-native software orchestration, container-based services, and Kubernetes. In fact, Rakuten Symphony punctuated these ideas by making a major acquisition of Robin.io, which provides cloud-native management and development tools for operator networks.

Why all the excitement? Let’s start with the origins of disaggregation and how it has come to market.

The disaggregated approach first gained major attention in 2012 when standards organization ETSI formed a working group to define how telecom operators could move to a cloud-native model for deploying networking and services. Described as software-defined networking (SDN) and Network Functions Virtualization (NFV), the early movement took a while to gain mindshare of the major operators with large installed bases of traditional networking gear.

In a disaggregated, cloud-native infrastructure model, network operators can separate software elements such as the network operating system (NOS) from the hardware, including using commodity off-the-shelf (COTS) hardware. They can then use cloud development tools such as containers and Kubernetes to build applications that scale over distributed infrastructure. The key benefits of this approach include lower operational and capital costs, using economies of scale.

Another big advantage of cloud-native and disaggregation is service agility and automation – the capability to launch and manage services more quickly using software. This model was first proven in the software-defined wide-area networking (SD-WAN) market, which reinvented branch-office routing by making it possible to deliver a software-based networking services running on COTS hardware. Enterprise end users and network operators embraced SD-WAN, proving that the same innovation was needed across every part of the operator network, from the core to the edge.

The same principles are now being applied across entire service provider networks. Large service providers are constantly challenged to deliver unprecedented network bandwidth, as well as rapidly expanding digital services, all while minimizing cost. To deliver on these needs, they need a high-performance network that is easy to operate, automate, and scale – the same needs that drove the hyperscale and webscale operators to adopt software and disaggregation to build their infrastructure.

To summarize, what the network operators are looking for from a disaggregated cloud networking model:

Even though innovators such as DriveNets have been delivering disaggregated, cloud-native solutions for years, some would argue the network operators have been slow to adapt. In their defense, service provider networks are complex and large in scale, so it takes years for them to broadly deploy innovation in their networks.

The service providers also generally risk-averse and their long-term relationships with incumbent vendors is difficult to displace. But with an urgency to reinvent their costs to deliver better agility at lower cost, the thinking has changed. As proof of this fact, even incumbent networking vendors having pivoted toward adopting cloud-native software and disaggregation techniques.

On the supplier side, the major incumbents were reluctant to change because they had a good thing going. In a traditional networking model, vertically integrated solutions are delivered on proprietary hardware, boosting margins (and cost). The brand networking leaders, which have held market positions for long periods of time, were resistant to changing this, for obvious reasons.

But the proof of the success of disaggregation can be seen in the moves by incumbents to embrace the same model. Networking industry leader Cisco, which has roots in a hardware business model and initially resisted the idea of disaggregation, was forced to embrace the model under pressure from the service providers. Cisco in 2018 unbundled its own NOS, enabling customers to run it on other vendors’ hardware, including white boxes. This fact is now widely discussed, but it can been seen as proof that Cisco was responding to needs from the service provider community. Juniper Networks, another major player in the service provider networking space, also sells its operating system Junos for operation on industry-standard hardware.

The status quo is never easy to let go, even when innovation is coming to market. It seemed obvious that we would move in this direction, even though some would argue it’s taken longer than projected.

The difference from 2012 and 2022 – and full decade – is that not only that open, cloud-native networking and infrastructure has matured, but that now the market is comfortable with it. Large global operators such as AT&T, Deutsche Telekom, Telefónica, and Verizon – among many others – have committed to building disaggregated networking services from the cloud, using distributed software and commodity hardware.

AT&T’s deployment of DriveNets now stands as a key landmark in this market development. In 2020, AT&T announced it would be the first global service provider in the industry to move to a disaggregated core router using a combined technology solution from Broadcom, DriveNet, and UfiSpace. At the time, a major service provider moving a critical part of its infrastructure to the cloud model was seen as a critical event.

We’re now seeing new announcements by the major operators to adopt cloud-native, disaggregated solutions every day, and my prediction is that the pace of innovation will accelerate. The cloud-native approach to building infrastructure is now central in the discussion of all parts of the network, from the core to the radio access network (RAN).

There are reasons why the hypserscalers such Amazon, Google, and Microsoft used the cloud-native approach to build many of their services: It’s cheaper, faster, and, and more efficient. DriveNets correctly predicted this would happen all along, but the operator market has now fully embraced this model as group.

Cloud-native automation and disaggregation have finally become mainstream thinking telecom. That’s because efficiency and economies of scale always win. We have undergone a full sea change in thinking how the industry will deploy new networks and services.